At RocJo Productions, it is our wealth of experience, creativity and resources that sets us apart. Two-time New England Emmy award-winning producer and former television sportscaster Joe Rocco leads a team of talented video production specialists. They have produced dozens of compelling television and video projects that have helped companies build their business. For nonprofits, these videos have been a gold mine to their fundraising efforts. 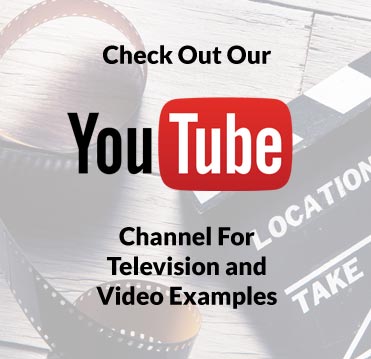 You were able to take the idea for a promotional video and convert it into a very high quality piece that I am proud to show my customers.

Joe Rocco and his associates produced a video for our Rhode Island Heritage Hall of Fame
that received rave reviews from our 500 attendees who viewed it at our recent banquet.

Thanks to you we have a professional video that not only tells what we do, but shows
how well we do it. Thank you for exceeding our expectations.

The DaVinci Center has contracted the skills and talent of Joe Rocco of RocJo Productions for many of our tribute videos.

Joe has keen insight and sensitivity to the purpose of the production and the talent to carry it out with the highest of standards.

I viewed the updated video for A Wish Come True, it is wonderful. You did a great job updating it, telling the organizations story and illustrating our mission. I love how well it showcases the kids. Thank you!