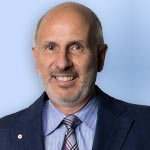 As a producer of these television and video projects for company websites, You Tube, social media, and commercials, Mr. Rocco leads a talented team of local broadcast professionals that create content that gets results.

Mr. Rocco is a graduate of Emerson College in Boston, where he returned to teach television and radio sports reporting courses in 1992 and 1998. He is married to the dynamic Diane Altruda and resides in Rehoboth, Massachusetts. The Radio Television News Directors Association presented Joe with a Lifetime Achievement Award and Emerson College created a Sports Journalism Award in his name in 2017.